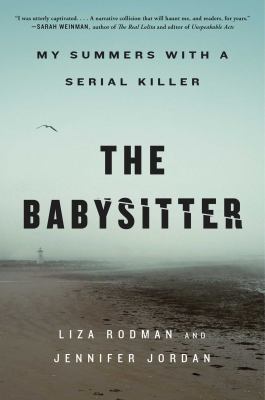 Authors Liza Rodman and Jennifer Jordan will discuss their latest book, The Babysitter: My Summers with a Serial Killer, in this Zoom webinar.

Growing up on Cape Cod in the 1960s, Liza Rodman was a lonely little girl. During the summers, while her mother worked days in a local motel and danced most nights in the Provincetown bars, her babysitter -- the kind, handsome handyman at the motel where her mother worked -- took her and her sister on adventures in his truck.  But there was one thing she didn’t know; their babysitter was a serial killer. Though Tony Costa’s gruesome case made screaming headlines in 1969 and beyond, Liza never made the connection between her friendly babysitter and the infamous killer of numerous women, including four in Massachusetts, until decades later. Haunted by nightmares and horrified by what she learned, Liza became obsessed with the case. Now, she and co-writer Jennifer Jordan reveal “a suspenseful portrayal of murderous madness in tandem with a child’s growing loneliness, neglect, and despair, a narrative collision that will haunt” you long after you finish it.

Hosted in partnership with the Tewksbury Public Library.